Home » Chess Rules » What Are the Rules for Check and Checkmate? 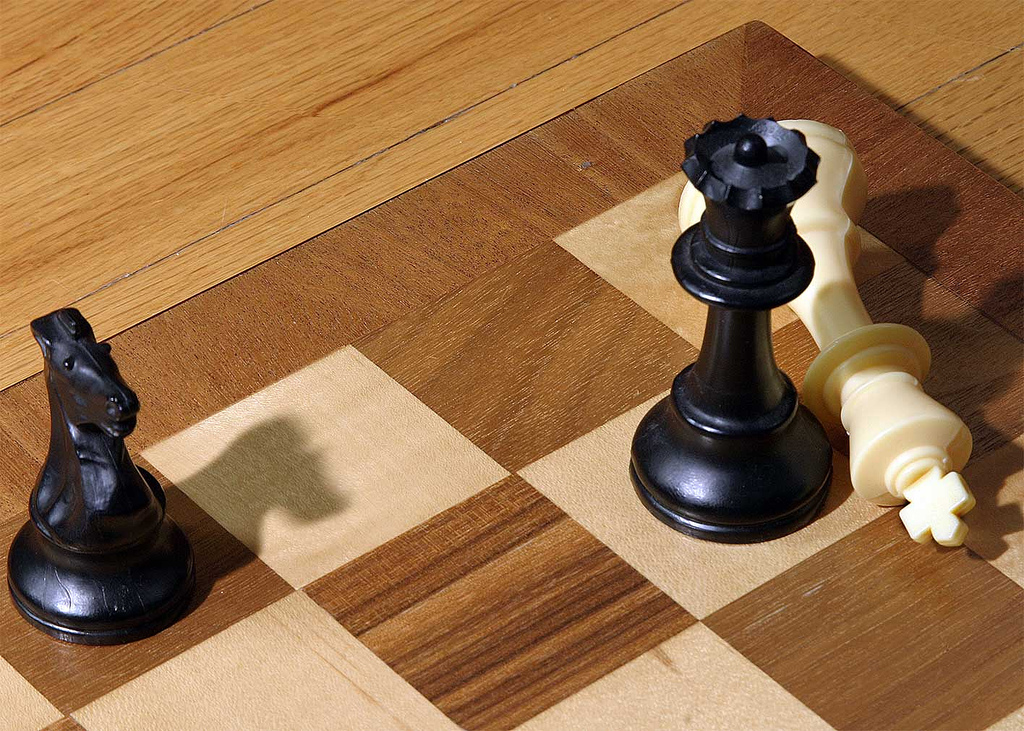 The object of chess is to be the first to put your opponent’s King in checkmate. Also referred to as “mate, ” checkmate occurs after a series of strategically-placed moves make it so the King is blocked in and can’t move from that position on his next move. Skilled chess players can put a king in checkmate in just a few moves; others can spend hours playing chess with no checkmate.

Check, on the other hand, occurs when the King is threatened with capture. This means that he is in a position to be taken by his opponent. When this occurs, the King must move to a safe area. If there is no move available to the King that will get him out of check, then “checkmate ” has occurred and the game is over.

Ultimately, you want to be the first to put your opponent in check. The following are some of the rules and guidelines for check and checkmate in chess:

Getting out of check.

If you are in check, the rules of chess state that you must move your King to a square out of harm’s way on your next move; that is, you can never end your turn with the King in check. There are a number of ways you can get out of check, including:

•Move your King to a square that is not threatened by any of your opponent’s pieces.

•Position another one of your pieces in between your King and the opponent’s piece, blocking the attack.

In casual or recreational games of check, it’s common to announce “check ” after putting an opponent into check. In tournament play, however, “check ” is not announced.

With checkmate, there is no move that will put the king out of check. This includes other pieces blocking or capturing the piece that is threatening your King. When checkmate occurs, the game ends and the other player wins the game.

There are circumstances in check that occur and neither player wins the game. This is referred to as a draw.

•Stalemate. Stalemate occurs when the King is not in check, but the player’s only move would put him into check. If this is the case, the game is called a draw and neither player wins.

•There is no way that either player can put their opponent in check. For example, both players only have Kings left, or one player has only a King while the other player has a King and a Bishop.

•A Draw by agreement is called, in which both players agree that the game is a draw.

•Fifty move rule. The fifty move rule states that a draw may be called when fifty moves have been played by each player and no piece has been captured nor no pawn moved.

•The same position has been repeated three times.