Home » Chess Rules » What Are the Rules for Using A Chess Clock? 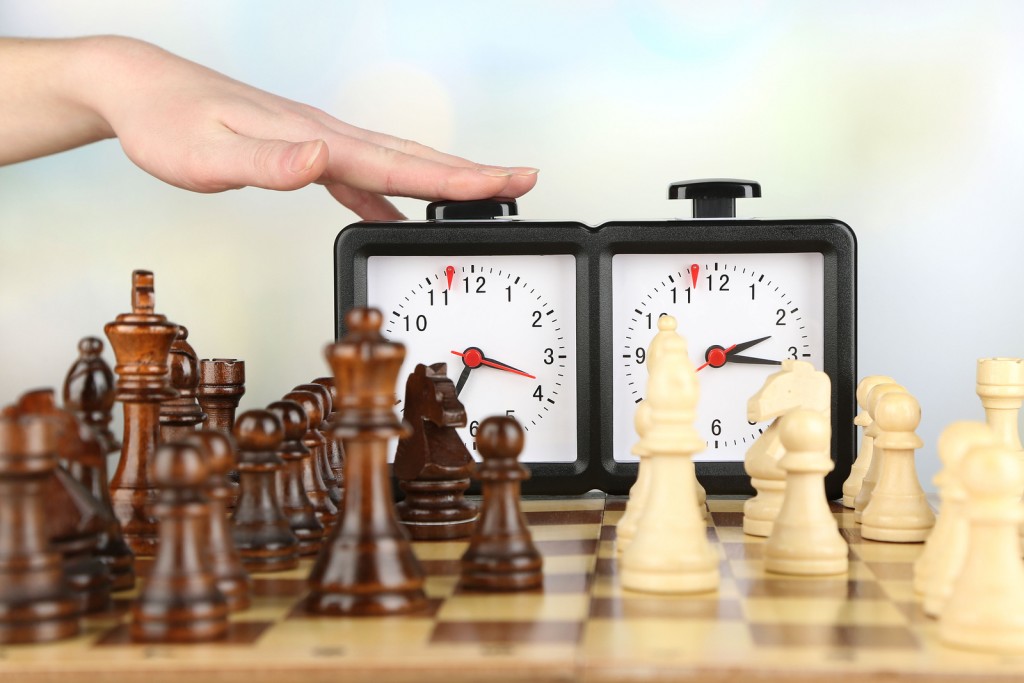 What is a chess clock?

A chess clock is a specialized clock that has two time displays. They are attached to each other and wired so that only one can run at a time. When the word “clock ” is used in a chess tournament or in play, it refers to just one of the two displays.

When is a chess clock used?

What are the rules of a chess clock?

There are many rules associated with the use of a chess clock, including who starts and stops the clock, when it is used, and so forth. The following are some of these rules:

•The arbiter of the chess game decides where the chess clock is placed.

•When the game is to begin, the arbiter starts the clock of the player with the white pieces.

•Each clock has a flag. When the time for each move expires, the flag falls.

•Players are not allowed to start their own clocks. At the end of a move, the player stops his own clock and then starts the clock of his opponent.

•The move is not considered complete until the player has stopped his clock.

•Players have to use the same hand to stop their clocks as they use for making their moves.

•Players are not allowed to keep their finger on the clock’s button or to “hover ” over it.

•If the player doesn’t complete the set number of moves in the allotted time, he or she loses the game. The number of moves and the allotted amount of time are determined before the game begins. The exception to this rule states that a draw may be called if the arbiter determines the player can’t put his opponent in checkmate within a series of legal moves.

•In the event that both flags fall (allotted time for the move expires) and there is no way to determine which fell first, the game continues and neither player is penalized.

•If a player does not use all of his time in his move, the time saved during this period is added to his time available for the next period.

Certain terms are used when playing with a chess clock, including:

•Clock. One of the two time displaysâ€” “clock ” does not refer to the entire chess clock in itself.

•Flag fall. The amount of time allotted for the player has expired.

Chess clocks, used almost exclusively in tournament play, have a specified set of rules and regulations for their use.